Prof. Pushpak Bhattacharyya is the Director of IIT Patna (since 2015) and Professor of Computer Science and Engineering Department IIT Bombay where he also held the Vijay and Sita Vashi Chair Professorship. He has been visiting scholar and faculty in MIT, Stanford, UT Houston and University Joseph Fouriere (France). Prof. Bhattacharyya’s research areas are Natural Language Processing, Machine Learning and AI (NLP-ML-AI). His lab called "Center for Indian Language Technology" (CFILT) at IIT Bombay is known internationally for its contribution to NLP and ML. In IIT Patna too, the lab called "Center of Excellence in Natural Language Processing" is gaining visibility in the country and abroad.

Prof. Pushpak Bhattacharyya has published more than 300 research papers. Multilingual Lexical Knowledge Bases and Projection and Computational Sarcasm are his research trail-blazers. Author of the text book ‘Machine Translation’ Prof. Bhattacharyya has shed light on all paradigms of machine translation with abundant number of examples from Indian Languages. Two recent monographs by him called 'Investigations in Computational Sarcasm' (with Dr. Aditya Joshi) and 'Cognitively Inspired Natural Language Processing- An Investigation Based on Eye Tracking' (with Dr. Abhijit Mishra) describe cutting edge research in NLP and ML.

Prof. Bhattacharyya has guided more than 250 students (PhD, masters and Bachelors); he is loved by his students for his friend-philosopher-guide approach to mentorship. Students mentored by Prof. Bhattacharyya are faculty members in IITs, NITs, IIITs and Universities, and also are industry leaders and members of top research labs.

Over the years, Prof. Bhattacharyya has been rendering professional service in various capacities. He has been President (2016-17) of Association of Computational Linguistics (ACL) the highest International body defining standards of and propagating Computational Linguistics. He is currently serving as Chairman of Committee for Standardization in Artificial Intelligence, set up by Bureau of Indian Standards under Ministry of Consumer Affairs in 2018, whose members include IITs and IISc, CSI, MEITY, NITI Ayog, CAIR DRDO and leading industries like TCS, Google India, IBM Software, Samsung, Intel Research, and Microsoft Research. He has been a founding member (2017) of Asian Association for Computational linguistics (AACL) and South Asian Association for Language Processing (SAALP) (2005). He organized one of the major international conferences on computational linguistics- COLING 2012 in Mumbai.

Prof. Bhattacharyya is Fellow of Indian National Academy of Engineering (FNAE) (elected 2015). For sustained contribution to technology he received the Manthan Award of Ministry of IT (2009), P.K. Patwardhan Award of IIT Bombay (2008) and VNMM Award of IIT Roorkey (2014). He is also Distinguished Alumnus Awardee (2018) of IIT Kharagpur. Recently, he has been selected as prestigious Abdul Kalam National Fellow for his outstanding contributions in the field of Natural Language Processing, Machine Learning, Artificial Intelligence as well as contribution in the growth of engineering profession in the country. 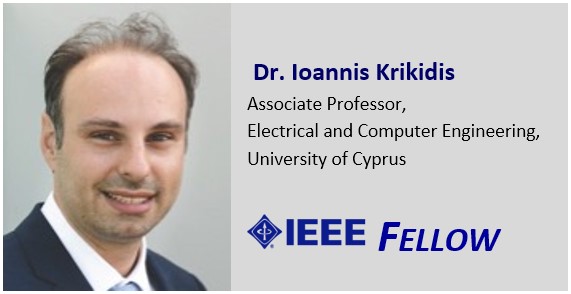 Ioannis Krikidis is currently an Associate Professor at Department of Electrical and Computer Engineering, University of Cyprus (ECE), Nicosia, Cyprus. He is the director of the IRIDA Research Centre for Communication Technologies and the Mobile Communications and Networking (MCN) laboratory. He is a Fellow of the IEEE. He was awarded a Consolidator Grant by the European Research Council (ERC) in 2018.

From 2001 to 2002, Dr. Krikidis served as a Research Associate at the National Capodistrean University of Athens, Athens, Greece and from 2006 to 2007 he worked, as a Post-Doctoral researcher, with ENST, Paris, France. From 2007 to 2010, he was a Research Fellow in the School of Engineering and Electronics at the University of Edinburgh, Edinburgh, UK. From 2010 to 2012, he was a visiting Assistant Professor with ECE, University of Cyprus. 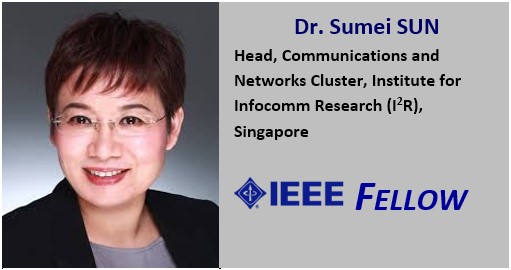 Sumei SUN is currently Principal Scientist, Head of the Communications and Networks Cluster at the Institute for Infocomm Research (I2R), Lead Principal Investigator of the Industrial Internet of Things Research Program at Agency for Science, Technology, and Research (A*STAR), and an adjunct professor at the National University of Singapore. Her current research interests are in cognitive communications and networks, next-generation wireless communications, and industrial internet of things.

Dr. Sun has authored and co-authored more than two hundred technical papers in prestigious IEEE journals and conferences. She’s inventor and co-inventor of thirty granted patents and over thirty patent applications, many of which have been licensed to industry. For her achievement in technology invention and industry contribution, she and her team was honored with the Scientist-Entrepreneur Award from the A*STAR in 2008. 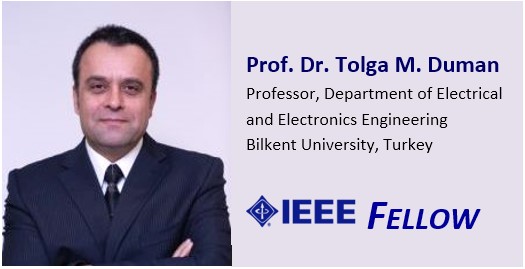 Tolga M. Duman is a Professor of Electrical and Electronics Engineering Department at Bilkent University and an adjunct professor of the School of ECEE at Arizona State University. He received the B.S. degree from Bilkent University in Turkey in 1993, M.S. and Ph.D. degrees from Northeastern University, Boston, in 1995 and 1998, respectively, all in electrical engineering. Prior to joining Bilkent University in September 2012, he has been with the Electrical Engineering Department of Arizona State University first as an Assistant Professor (1998-2004), then as an Associate Professor (2004-2008), and starting August 2008 as a Professor. Dr. Duman's current research interests are in systems, with particular focus on communication and signal processing, including wireless and mobile communications, coding/modulation, coding for wireless communications, data storage systems and underwater acoustic communications. 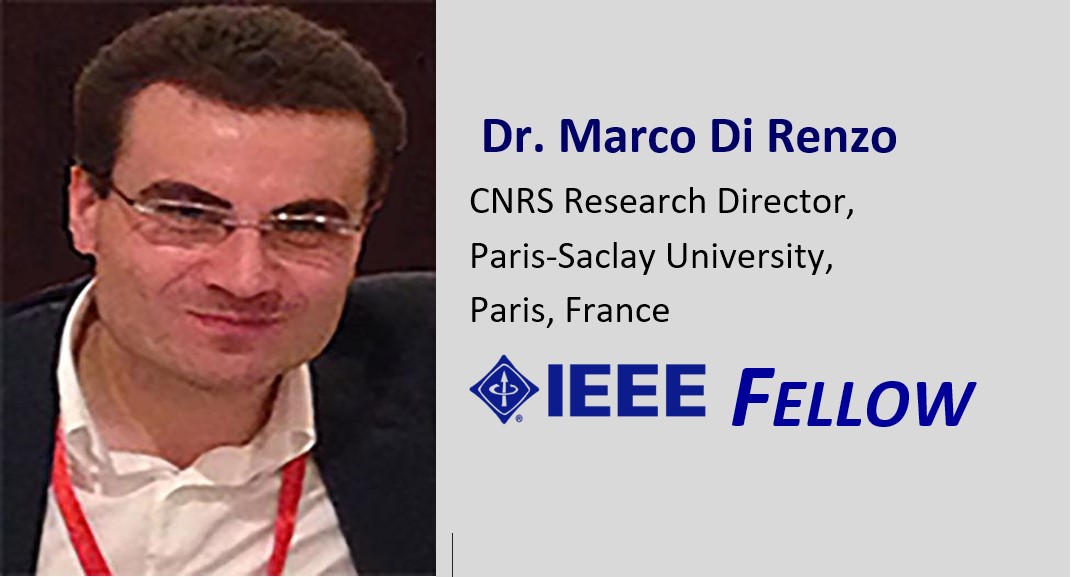 Uday B. Desai received the B. Tech. degree from Indian Institute of Technology, Kanpur, India, in 1974, the M.S. degree from the State University of New York, Buffalo, in 1976, and the Ph.D. degree from The Johns Hopkins University, Baltimore, U.S.A., in 1979, all in Electrical Engineering. From June 2009 to July 2019 he was the Director of IIT Hyderabad.

From 1979 to 1984, he was an Assistant Professor with the School of Electrical Engineering and Computer Science Department, Washington State University, Pullman, WA, USA, where he was an Associate Professor from 1984 to 1987. From 1987 to 2009, he was a Professor with the Electrical Engineering Department, IIT Bombay, Mumbai, India. He was the Dean of IIT Bombay from 2000 to 2002. He was a Visiting Associate Professor at Arizona State University, Purdue University, and Stanford University. He was a Visiting Professor with EPFL, Lausanne, Switzerland, in 2002. From 2002 to 2004, he was the Director of the HP-IITM Research and Development Laboratory, IIT Madras, Chennai, India.

Dr. Desai is a Fellow of Indian National Science Academy, Fellow of Indian National Academy of Engineering. He is the recipient of J C Bose Fellowship. He is also the recipient of the Excellence in Teaching Award from IIT-Bombay. In 2015 he received the Outstanding Alumni Award from the University of Buffalo and in 2016 he received the Distinguished Alumni Award from IIT Kanpur.

He is one of the founding members of COMSNETS and also the Society for Cancer Research and Communication. He was the Chair of the IEEE Bombay Section 2006–2008. He was also on the Visitation Panel for the University of Ghana. He is on the Board of Tata Communications Ltd.